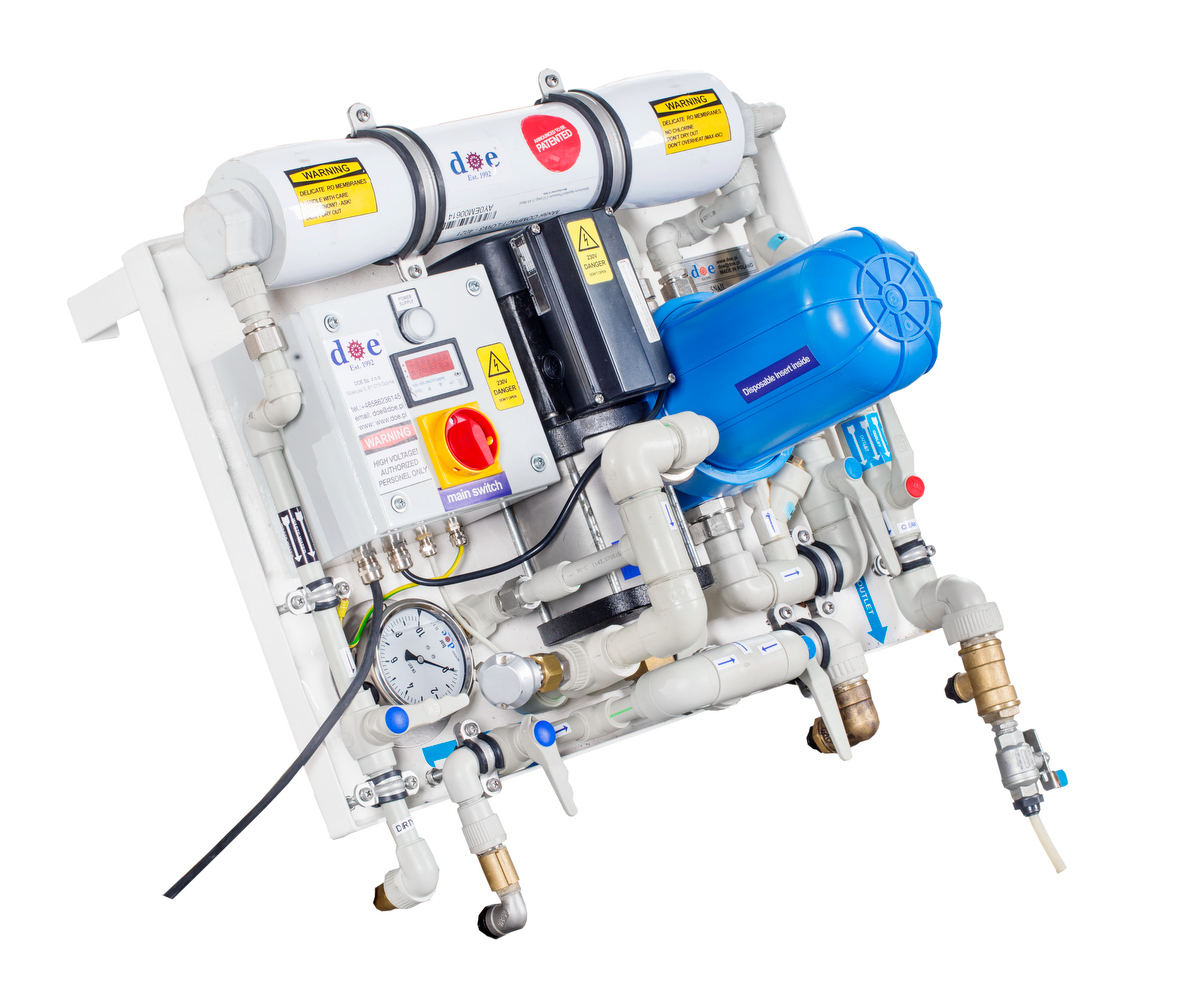 Water cleaning device made by DOE called „Snail” is working without chemicals.
“Snail” is the machine designed for marine applications in heating and cooling water systems (HVAC) under operation. Snail can be used also for other water systems like swimming pools, opened water tanks, fountains, machines cooled by water. Snail is cleaning the circulating water.
The installation is “side stream” that means that will not disturb, stop or changing operation of the existing system.
Snail can be installed on existing system or installed on new buildings.

Working parameters, specification
•   no chemicals used in the system:
•   low working pressure up to 10 bars on the system
•   temperature up to 45C (RO membrane inside)
•   power supply 500 W, 230V 50hz or 60hz 1 phase, other possible
•   easy hand operated system, can be automated
•   self regulating system, without possibility to have influence on cleaned system
•   drained water consists of charmless minerals and particles
•   pending patent solution based on Revered Osmosis membrane